The ghost is a very mysterious figure newly spotted in the lands, they are usually spotted for a moment, then by the time you look again he has vanished. Some think he is only an urban legend but those who meet him sometimes can't tell if they are mad or not. His face has never been seen, his voice is indiscernible if you manage to hear it, and he is known to be hostile to anyone trying to ID him. This mystery man is a cause of much grief for survivors as his location is usually unknown until suddenly his barrel or his bullet is in your face. Survivors intent on living are advised to steer clear and not search for him. 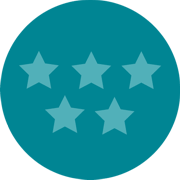