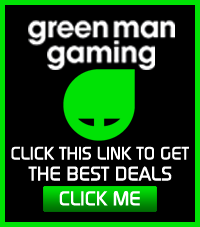 The Tribe is a group made up of survivors, and ruled by a council of leaders. Tribe members come from all walks of life. Members have survived on their own, and have seen the evil that exists in the world. They understand the world for what it is. Good and Bad is no longer black and white in this world. Most members have had to rob and/or kill in order to stay alive. Tribe members do not pass judgement on such actions. The Tribe is committed to protecting/avenging its members. The Tribe will not tolerate evil groups that murder and plunder for joy or out of boredom. We recognize the fine line between survival and evil. Though not marked, we are a very territorial people. If you are asked to leave, accept that your life has been granted back to you as a gift. Do not insult this gift by returning to the area.

Builder – The builder is responsible for the infrastructure of The Tribe. The builder will work closely with the Scavenger, and gets priority on requests made of the scavenger. During peace the builder falls under the leadership of the Pekwin, and will be used as an advisor when planning territory expansions. A sub-council consists of all of The Tribes builders, the Pekwin, The War Chief, and the Keeper of Land. This council is consulted when discussing taking on new territory. During times of war the builder falls under the leadership of the War Chief.