I serve in the Soviet Armed Forces and graduate from Military Institute of Foreign Languages. I speak Russian, Mandarin, Portuguese, English, French, Arabic, Persian and Esperanto.

I worked in Soviet Army as a translator and held rank of lieutenant. I created own air freight business, Air Cess, in Africa when Soviet Union collapse. I was businessman, small arms dealer, and transporter of weapons and minerals. In America, they call me Lord of War and made moving picture about me.

I was convicted in 2012 by jury in a Manhattan federal court of conspiracy to kill U.S. citizens and officials, delivery of anti-aircraft missiles, and providing aid to terrorist organization. I was sentenced to 25 years imprisonment.

These are American lies made by American pig-dogs. In 2013 I was removed from United States Penitentiary, Marion and sent to shithole Chernarus under a classified executive order from The Company. 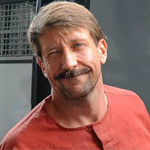