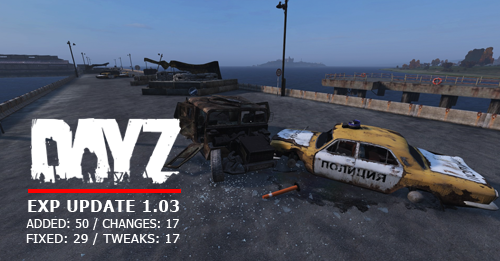 We have just released the initial 1.03 Experimental update.

With this update we have also updated the Public Experimental Server Files.

It is highly recommended to use the Steam client option to verify the integrity of the local game cache to avoid corrupted data and control issues after downloading this update.